Wind Nettop CS Comes From MSI To Rock In Market !

Sorry, on the 2. Not sure what the brand was-- have had it for years. These do exist I have a set, think they came with a 2. I'll look for the 3. This matters not from a performance perspective, but for compatibility with modern OSes that do not correctly support non-DMA IDE disks Linux distros that lack support for very obsolescent hardware, and also recent releases of FreeNAS. It's been MSI Wind Nettop CS 120 many years since a mechanical IDE disk without DMA support was manufactured, though there is still a substantial market for non-DMA CF cards because they are often used in embedded devices. Root on CF I've done it, but it's much more complicated to configure best to mount readonly to prevent unnecessary writes and nearly always slower to boot than root on a mechanical drive. This also MSI Wind Nettop CS 120 the advantage that you don't need an enormous capacity and cost CF card.

It's ordered now, and I imagine I'll be back with more questions once I start installing. 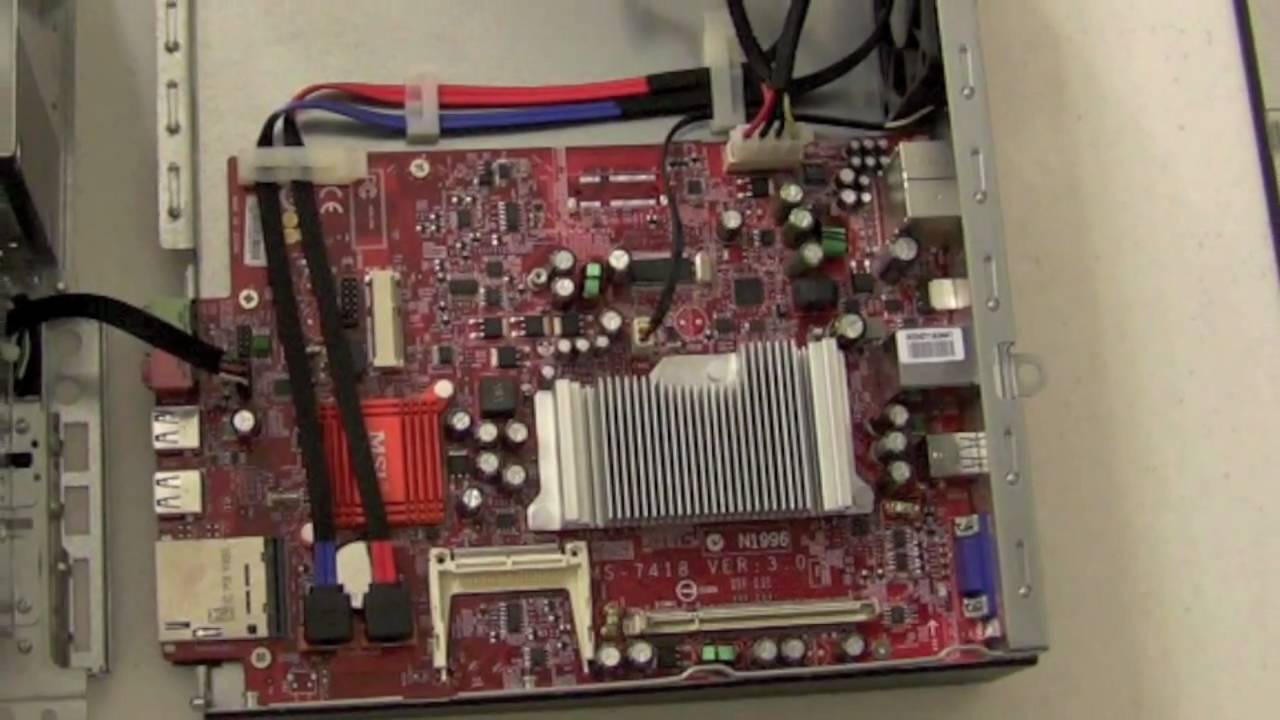 I wanted to share what I've done, and also get advice on optimizing this set up, especially with regard to power management and running the OS on a Compact Flash card you still out there syburgh?? Here is what I bought: The biggest hiccup was when I realized that I no longer had a spare monitor and USB keyboard to do the installation this will MSI Wind Nettop CS 120 running headless, and all 3 computers in the house are laptops. But I took it over to a friend's place and got it sorted out their, albeit without being able to connect to my home network.

I am running the OS from the CF card. I've disabled the Ubuntu GUI gdm on bootup, so it's just booting to a text-mode prompt. For now I am accessing the music library on my NAS.

Once I get everything else squared away I'll probably buy a 2. Performance is a huge step up from my LinkStation NAS, with music library scan times over the network of around 7 minutes instead of 1 hour.

In fact, the scan time is comparable to my notebook with a 1. How does what I have look as far as minimizing wear on the CF card? I suppose I could write it to the HDD after I get one, but might that wake up the disk unnecessarily? Actually, I guess that's all for now.

Once I'm sure about this I'll take a closer look at info from syburgh and others about power saving. The better performance over my NAS is the main payoff, but ideally I'd like to get it sleeping enough MSI Wind Nettop CS 120 that average power consumption is less than the constant 14w I get from my NAS running SC.

Should be much better than a standard install ext3 2. I've found the system to be stable enough that I don't really need it to persist across reboots.

I do want logs during software upgrades and for debugging, but this is an infrequent enough need that I just reboot into read-write when I need to write in my case, remove "readonlyroot" from kernel parameters in grub. Because MSI Wind Nettop CS 120 audiodir is on a separate partition I can remount it read-write to add material, update metadata, etc.

It's not even necessary to stop SqueezeCenter when remounting the audiodir read-write. Once this thing is settled in I don't expect to be rebooting it much, so the ram disk should have all the logging I need.

I'll follow your page http: Little by little I'm getting there. Looks like WOL is enabled by default.

Calling the MSI Wind Nettop CS a "value PC" is like calling a McDonald's hamburger a feast. You know the kind of quality you're in for. To avoid wasting earth resources and reduce environment waste, MSI Wind Nettop Series is powered by the ultra-low-power Intel® Atom™ processors.