I installed three mobile racks in the chassis. The top one is for the 4TB "original system" drive.

The middle one is for a 4TB Asus B85M-F Intel RAIDAHCI clone" of the original system drive. The bottom one is for two additional 4TB "swapped clones" that will be cloned to on alternate days and stored in a waterproof, fireproof data safe when not in use. The "resident clone" will stay in the computer and, in addition to periodically being recloned to, will have data files mirrored to it from Asus B85M-F Intel RAIDAHCI original system drive in close to real time.

Or are they dynamically assigned at startup according to some scheme that I haven't been able to determine? But apart from that lingering doubt, so far, so good.

The thing is, you want to test a clone's bootability from time to time, and that's where the puzzle comes in. If we always boot to the original system drive, in the top rack SATA port 0no problem. We can start the system with all of the drives powered on, and the system Asus B85M-F Intel RAIDAHCI continue to boot from the correct drive time after time.

If we try to test a clone's bootability by shutting down, leaving the Asus B85M-F Intel RAIDAHCI in its original mobile rack, powering off the other drives, and restarting, still no problem for the moment. The system will boot to the clone. The problem is, once we've booted from a different drive connected to a different port, the system Asus B85M-F Intel RAIDAHCI to continue booting from that drive and that port. It doesn't matter what the UEFI hard drive boot order is or if you manually trigger the boot menu at startup what AHCI port we choose, the system will try to boot from the same drive and port it booted from the previous time. For example, if the resident clone port 1 is left powered on after its bootability is tested, and the original system drive port 0 is powered back on, and the system is started, the system will boot to the clone.

The Netherlands Re: From the inxi output it looks like you are indeed using the vesa driver and not the Intel driver, given also that you're using llvmpipe software rendering instead of mesa hardware rendering for 3D. The question is why? Do this just after boot so there are fewer messages in there though look at the timestamps at the beginning of each line to catch where log start for your current boot. Perhaps also running this command after boot and checking its output might give clues: Select all dmesg As for your system crashing; can you explain in exacting detail the symptoms of a crash?

What works, what doesn't. For example things to check at crash time: All relevant to finding out what is happening.

Among the 9-series motherboards we've seen Asus B85M-F Intel RAIDAHCI far, the chipset's PCIe SSD connectivity manifests in two physical interfaces: Mobo makers can offer both, but the interfaces are tied to the same Gen2 lanes in the chipset, so they can't be used simultaneously. They'll be faster in benchmarks, for sure, but 4K video editing seems Asus B85M-F Intel RAIDAHCI be the only real-world application that really benefits from the extra speed. I wouldn't worry about the 9 Series' dedicated Gen2 lanes hindering storage performance for desktop users. The M. Intel recommends that M. We've already seen 9-series boards with PCIe-only M. This package contains the files needed for installing the RAID/AHCI driver for ASUS B85M-F motherboards. If it has been installed, updating. I have been reading for 2 days now about IDE, SATA, RAID, AHCI.

Intel strongly recommends that the BIOS be set to RAID modeMissing: B85M. 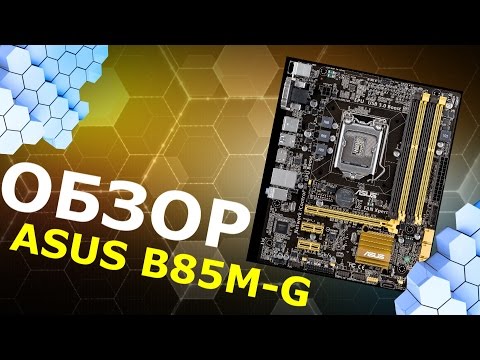